The Knowledge Base consists of over 22.000 objects. To start exploring we do provide three main entries: 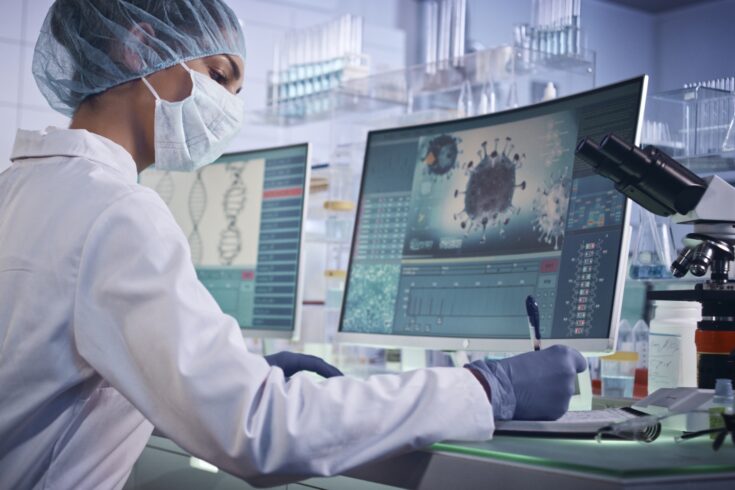 The Knowledge Base provides insight into the complex e-Infrastructures, by providing overviews of projects, e-Infarstructures, and organisations, all in one big data graph. You can explore this by moving around the graph, gaining more udnerstanding of the complexe relations. We provide several starting pages that focus in different aspect as doors that unlock new rooms of information.

Organisations with at least 5 H2020 HPC projects.  Click on the image to enlarge.

With the last calls for HPC under Horizon 2020 having closed last year - the remaining budget for H2020 has been transferred to EuroHPC JU. So, the list for HPC related projects in H2020 will not change that much in the coming two years.  There are a few projects for which no public data is available, so our findings are not final yet, but we have counted 107 HPC related projects with a total budget of 571 million euro. The remaining projects (including EPI and PRACE-IP6) will bring this number to over 600 million euro. This shows the European Union has been investing heavily in HPC during the past years. In the remaining years until 2020 this amount will even be doubled in EuroHPC JU.

Organisations with at least 5 H2020 e-Infrastructure projects. Click on the image to enlarge.

We also had a look at which organisations participate in most H2020 HPC projects. By far the most successful is the Barcelona Supercomputer Center (BSC) in Spain with 43 HPC related projects. In addition, BSC is also involved in many projects that are not HPC specific. Ex aequo 2nd and 3rd are Forschungszentrum Jülich and the University of Edinburgh (EPCC), each with 19 HPC related projects, so lagging far behind BSC. On the 4th place is the first company: Bull with 15 projects in which it participates. There are only 42 organisations with 5 projects or more. So, in HPC the projects are concentrated by fewer organisations than is the case in e-Infrastructures.

Have a look on the Knowledge Base website to see the full list of organisations participating in at least 5 projects for both e-Infrastructures and HPC.

Directive of the European Parliament and of the Councilon the re-use of public sector information (recast).pdf

Draft document. Directive of the European Parliament and of the Councilon the re-use of public sector information (recast). See...

Universities of Science and Technology As Engines Of Excellence, Talent And Innovation.pdf

Roles In Research And Innovation Infrastructures

This is a progress report presenting a summary of work to date. It draws on survey work with existing infrastructures, previous work in discipline areas and consultation workshops with stakeholders...

This report is an initial analysis of the landscape of research and innovation infrastructures (infrastructures) available to UK researchers and innovators. It is presented as an indicator of our...